Shelby County at a Glance


Shelby County was established in 1819 and was named for Governor Isaac Shelby (1750 - 1826) of Kentucky. It is located in the State of Tennessee within the continental United States. It is the state’s largest county both in terms of population and geographic area. Its county seat is the City of Memphis. 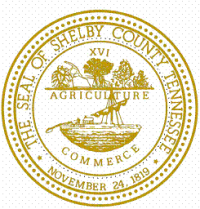 
Shelby County is governed by a mayor-commissioner form of government under a home rule charter that went into effect on September 1, 1986. The mayor and each commissioner serves a four-year term. Together, the administration and the Board of County Commissioners are responsible for governing the most populous of Tennessee’s 95 counties. With a personnel staff of approximately 6,270 people, they have the direct duty of providing services for 910,100 citizens according to the 2007 estimated census data.